Go to content
Property > Level 4
SALE AGREED - Home in this area required
'A Pearl in a string of Pearls'
Substantial 5 bed Semi-detached Family Home
in this sought after park, minutes walk from the City Centre 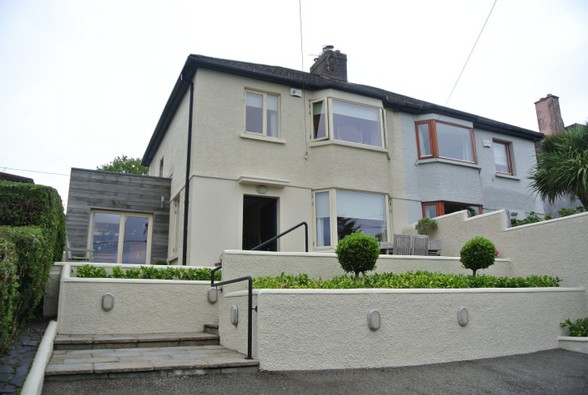 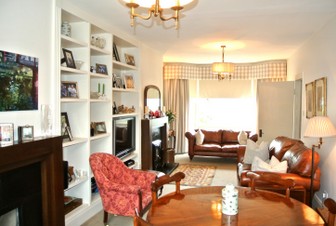 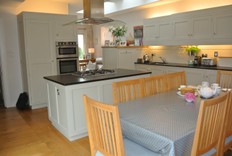 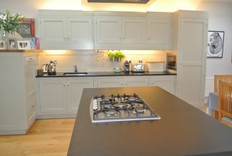 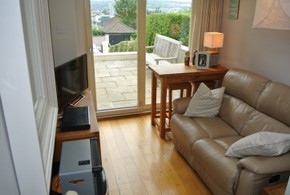 off kitchen with  full length French doors to patio with panoramic views.

Rear area with Utility room having sink, plumbed for washing machine and with Fridge/Freezer. Presses and counter tops. 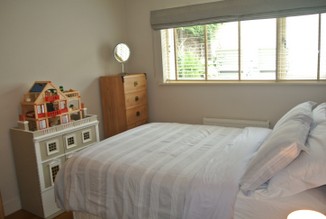 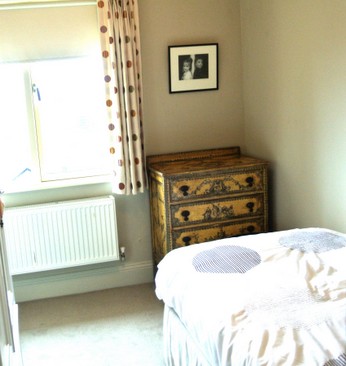 Bathroom:
Having enclosed shower   cubicle and suite of bath, washhand basin and toilet.
Outside:- 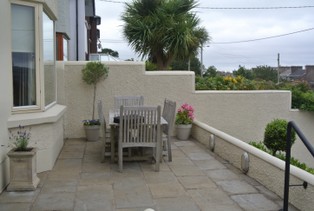 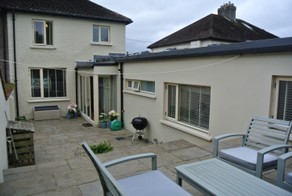 Sunny patio area with stone  flags tiered with flower beds and a profusion of shrubbery. Outside lighting.
Features:
Double glazed Aluclad  windows and doors throughout.
Solid oak flooring.
Gas central heating.
Full alarm system.
Multi TV and Internet
Floored attic area.
Solicitors: Messrs Eamonn Murray & Co, Sheares Street, Cork.
Tenure: Freehold
BER: C3
The auctioneers recommend   the sale of this impressive family home which commands views over the City   centre and surrounding countryside.
It has recently been   extended and modernised to the highest standards and is tastefully decorated   throughout.
It is located within easy   walk of the city centre and close by are Primary and Secondary schools,   sports facilities, etc and there is easy access to the ring road system

Sidney Park was built by a number of different contractors on lands associated with Sidney House between 1934 and 1943.
Sidney House was the private residence of Samuel Hill, an eminent builder of his time. Sidney House was brought into use as a veterans' hospital after the War of Independence before being demolished in 1934.
Samuel Hill built many impressive buildings including the Cork city Courthouse, Great Southern and Western railway station and the Cork School of Art as well as the Parknasilla Hotel in County Kerry.
He and his wife August Julia had thirteen children according to the 1911 census.
Back to content